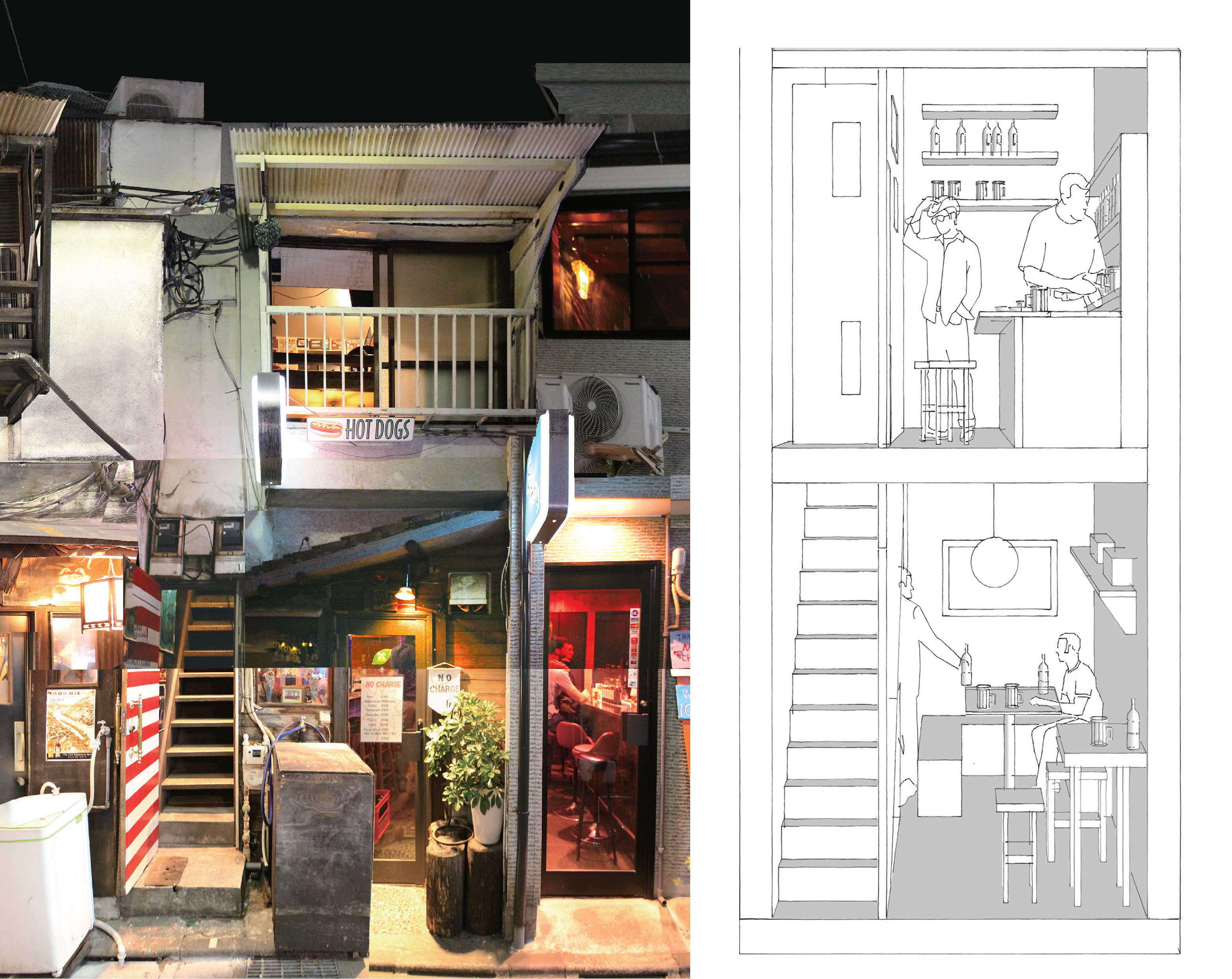 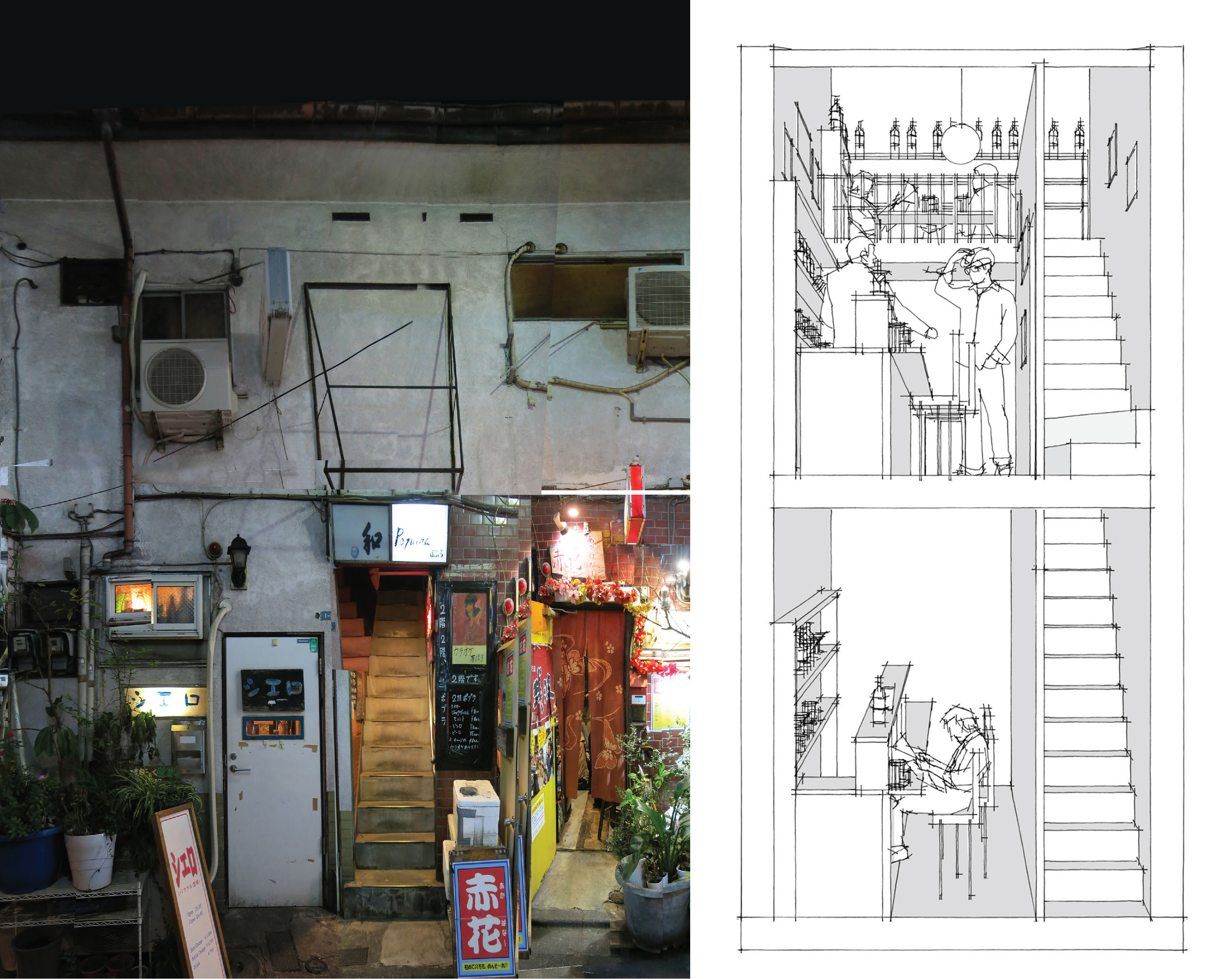 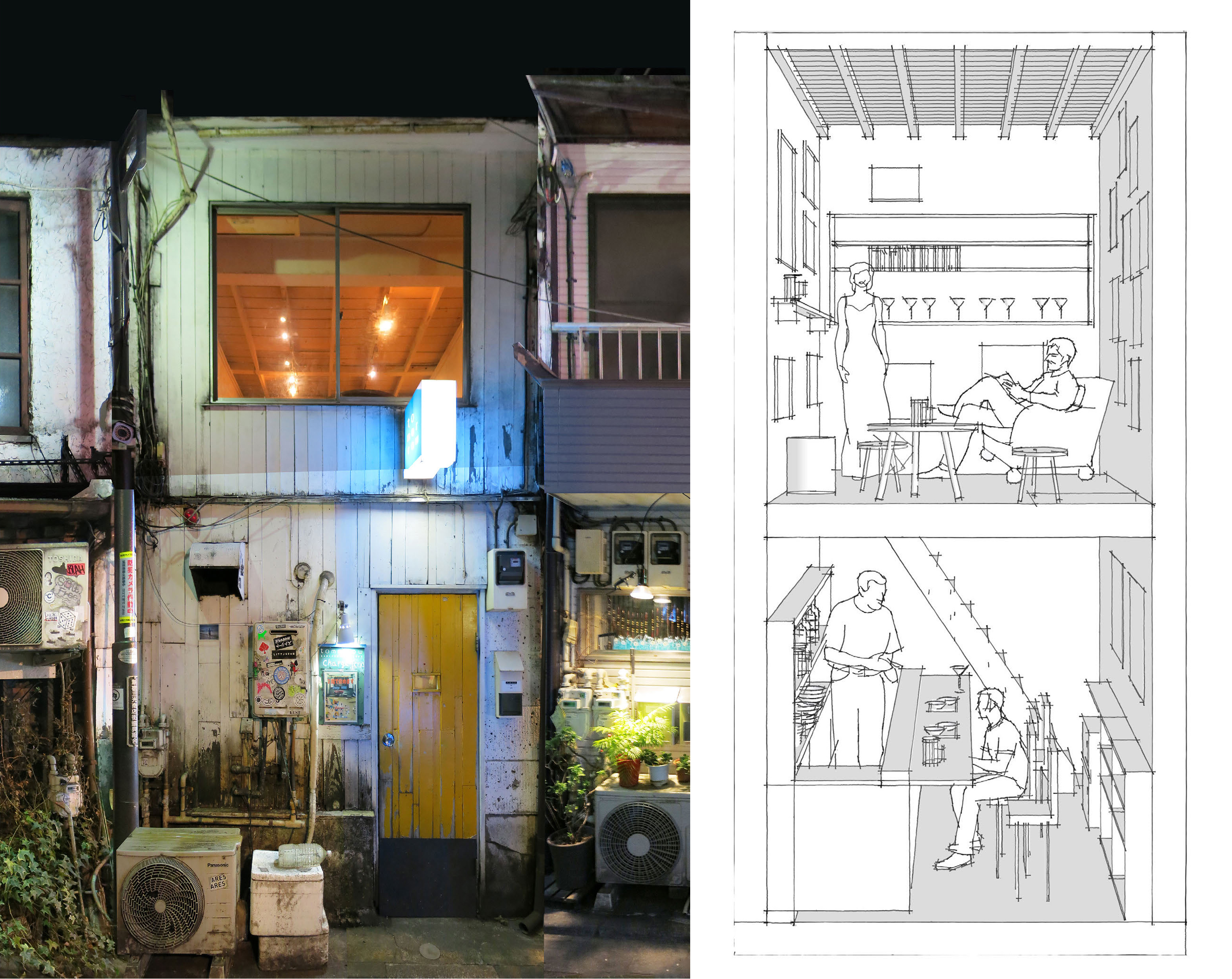 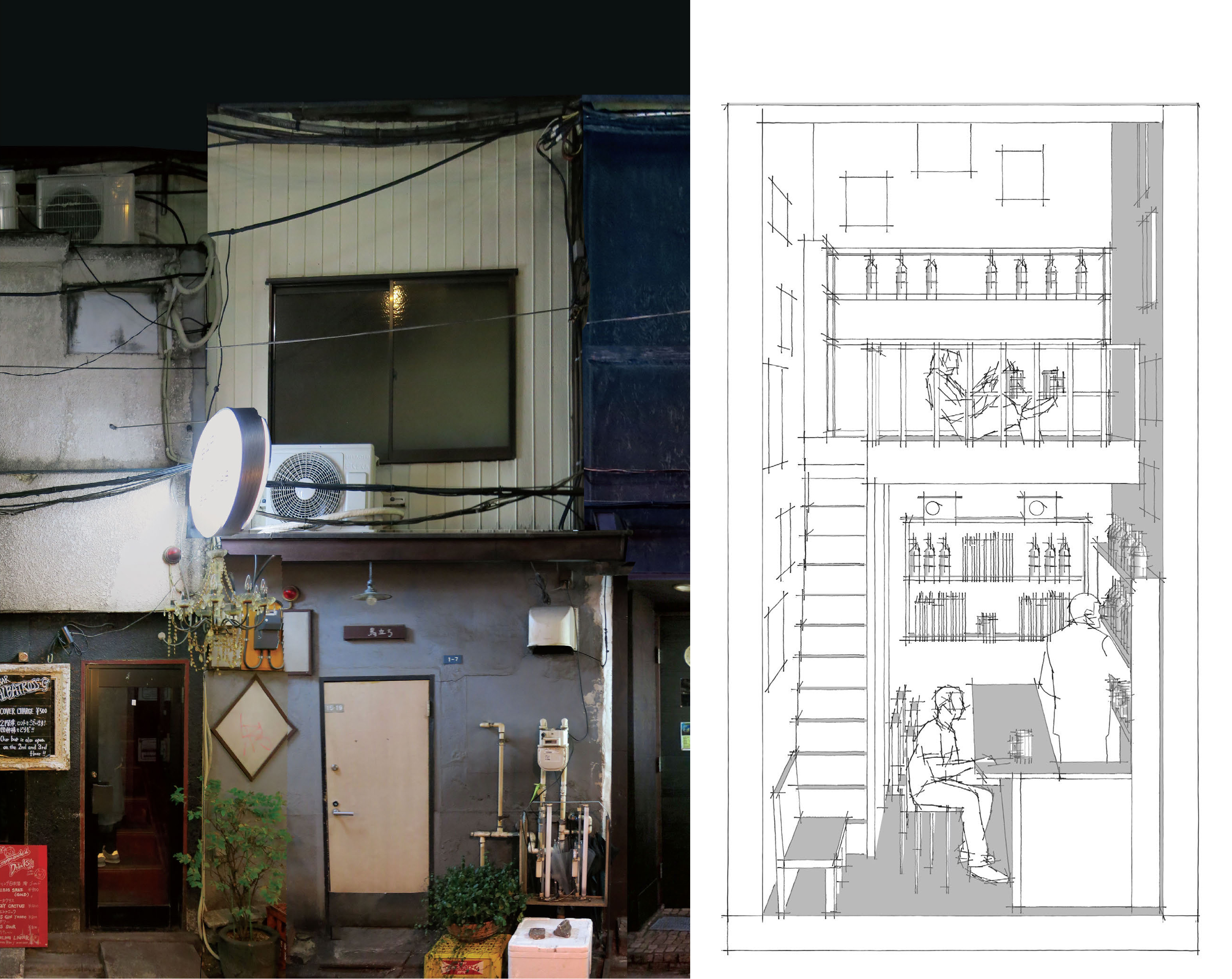 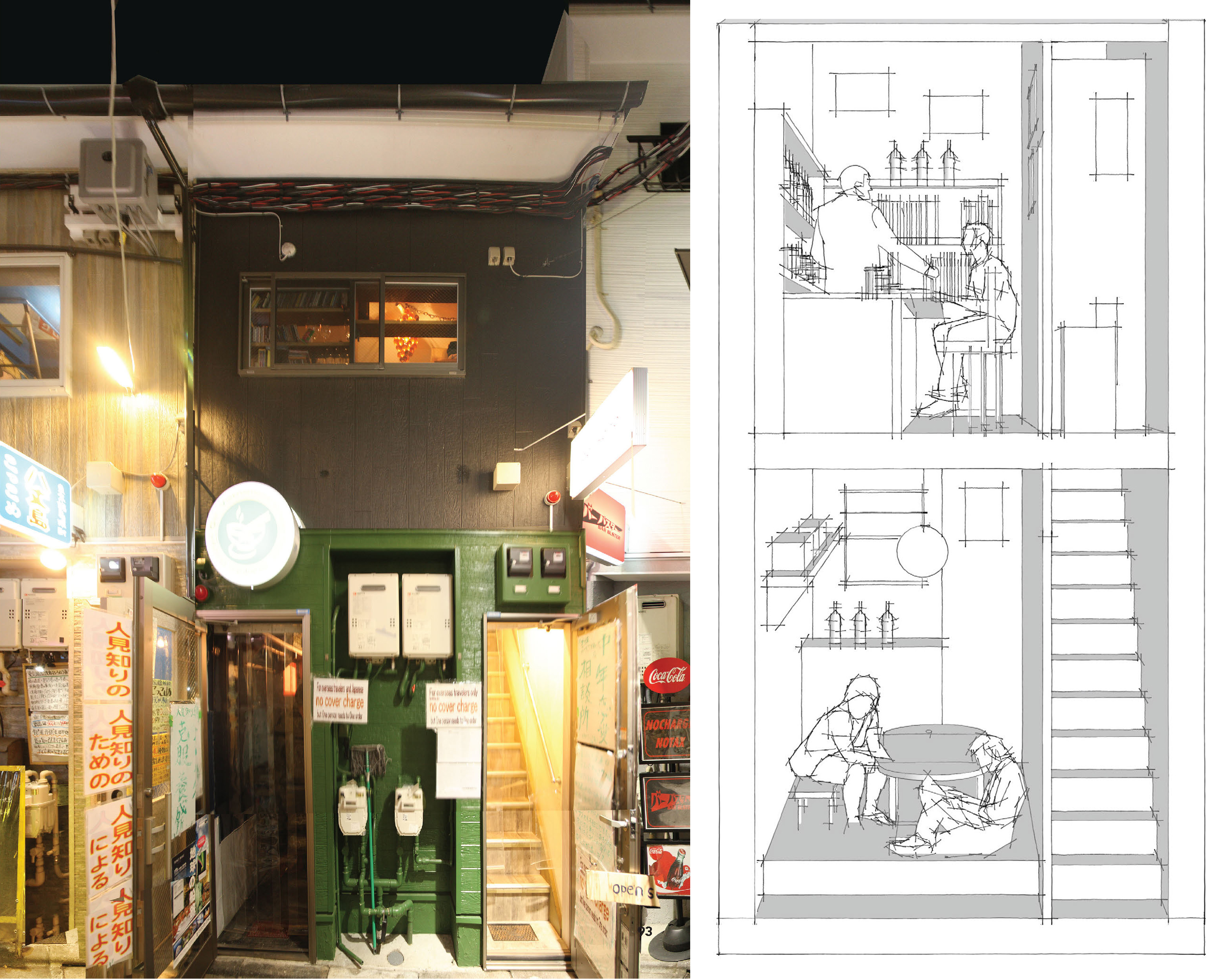 Four Streets of Golden Gai were documented here. Each side of a different streets was displayed in the same book format placed in a wood table. For the presentation of this work, the photo collages were printed in a scale which you could walk througn the buildings and be able to notice all the small elements such as plants, signs at the door, decorations, lights and so on. Therefore, a 1:20 scale was chosen for the elevation, which resulted in a 2.4 meter-long printed sheet of paper. Both sides of the street was displayed on opposite tables facing each other, creating a pathway in the middle of the exhibition for people to walk through, as if they were in one of the narrow alleys themselves. Then, after the spectator walks along the shops and when in the end of the street, they need to turn the long page of the book to visit another street.

At some points, the user can experience some sounds of Golden Gai district such as people talking both in English and in Japanese, fire alarms, footsteps, the voices of bartenders inviting people to come in and so on. We recorded these sounds in the field and played them on speakers placed in holes at the table along with the books. Also, we collected several smells of the place which jointly help us to evoke the memory of the place through our senses. Some samples of smells are whiskey, shochu, yakitori, perfume, ramen. The substances were put into glass test tubes, which were covered by a black tape, making it impossible to see what is inside the tube: visitors had to guess what the smell is. All these sensations helped to construct the image of the Golden Gal.