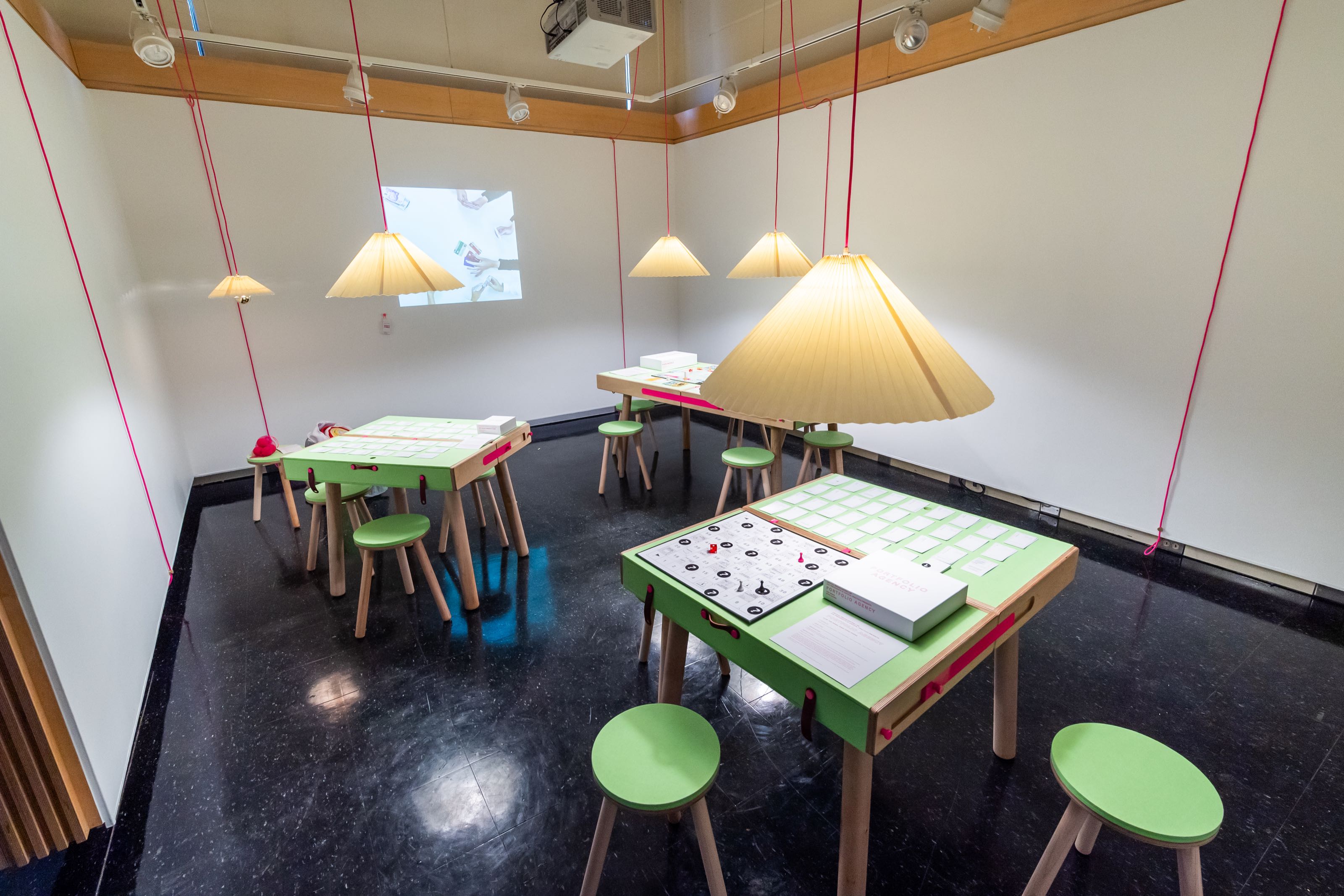 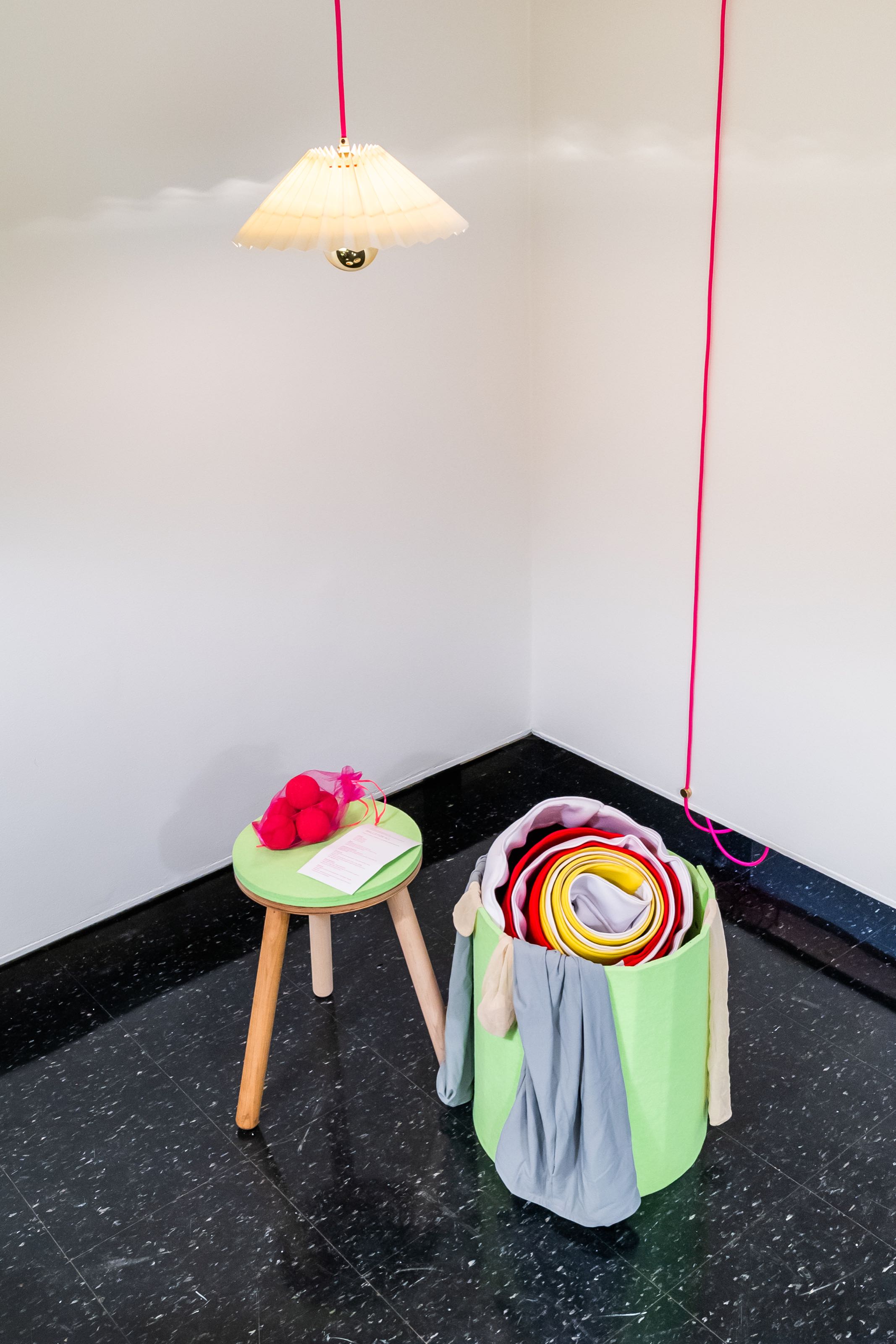 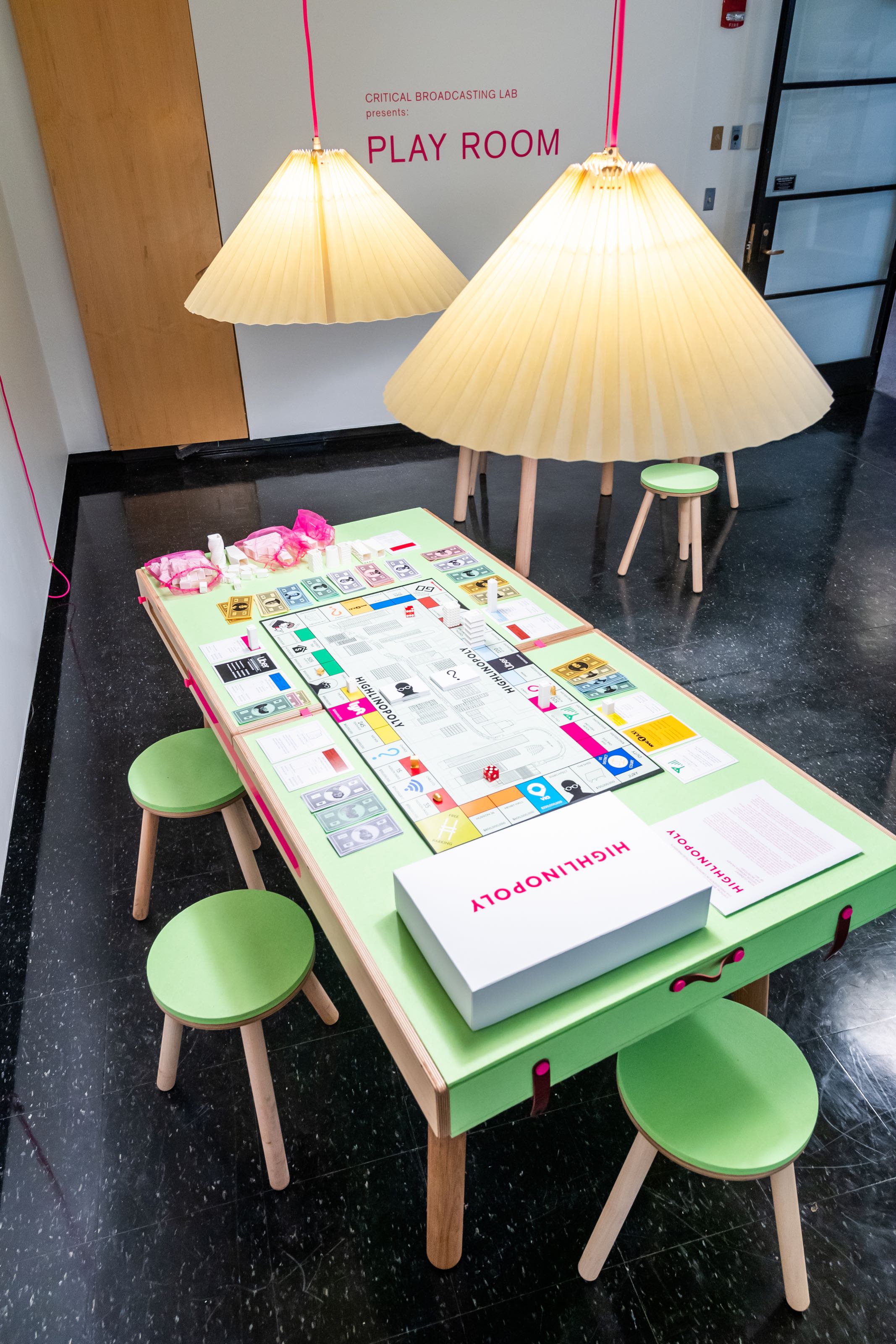 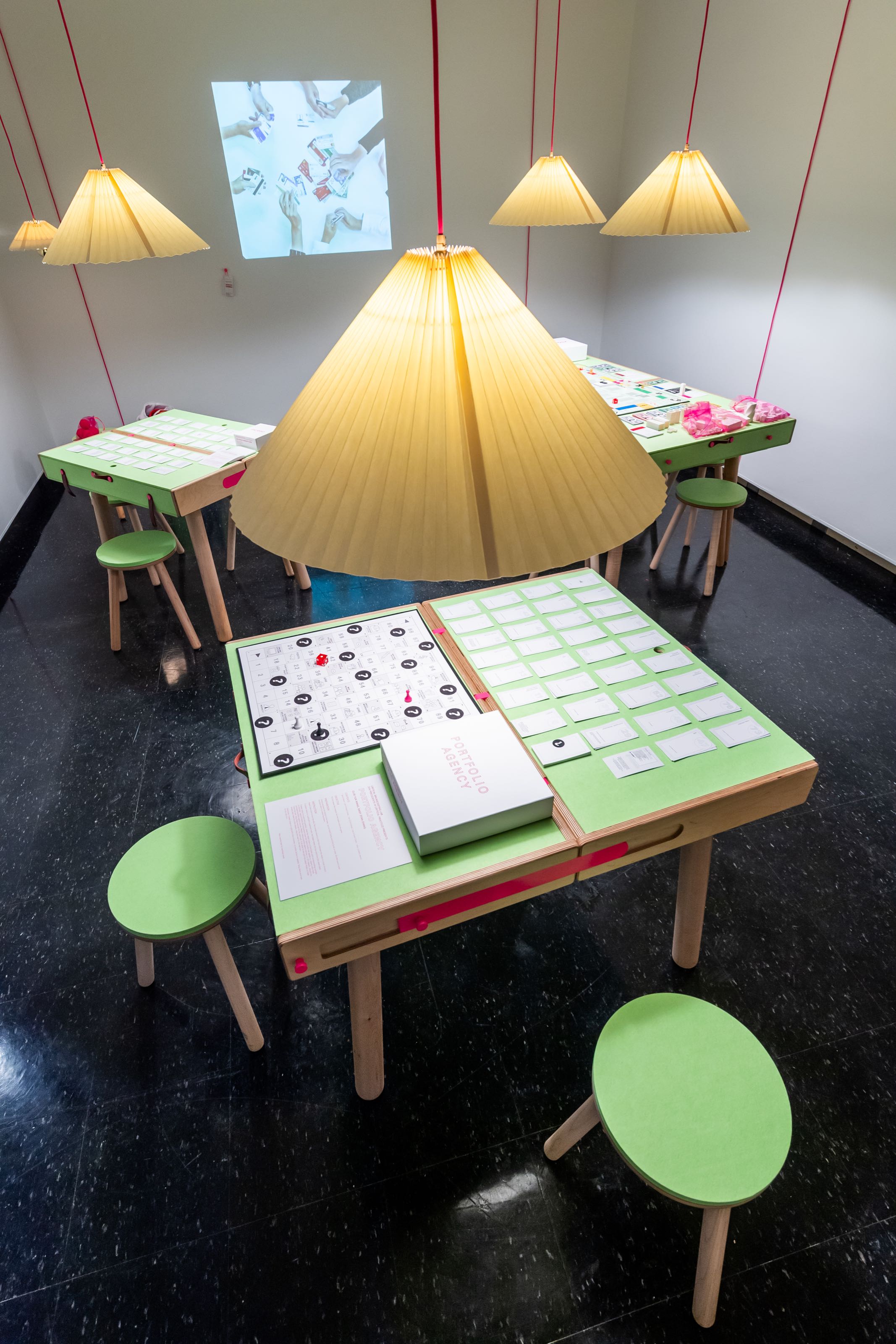 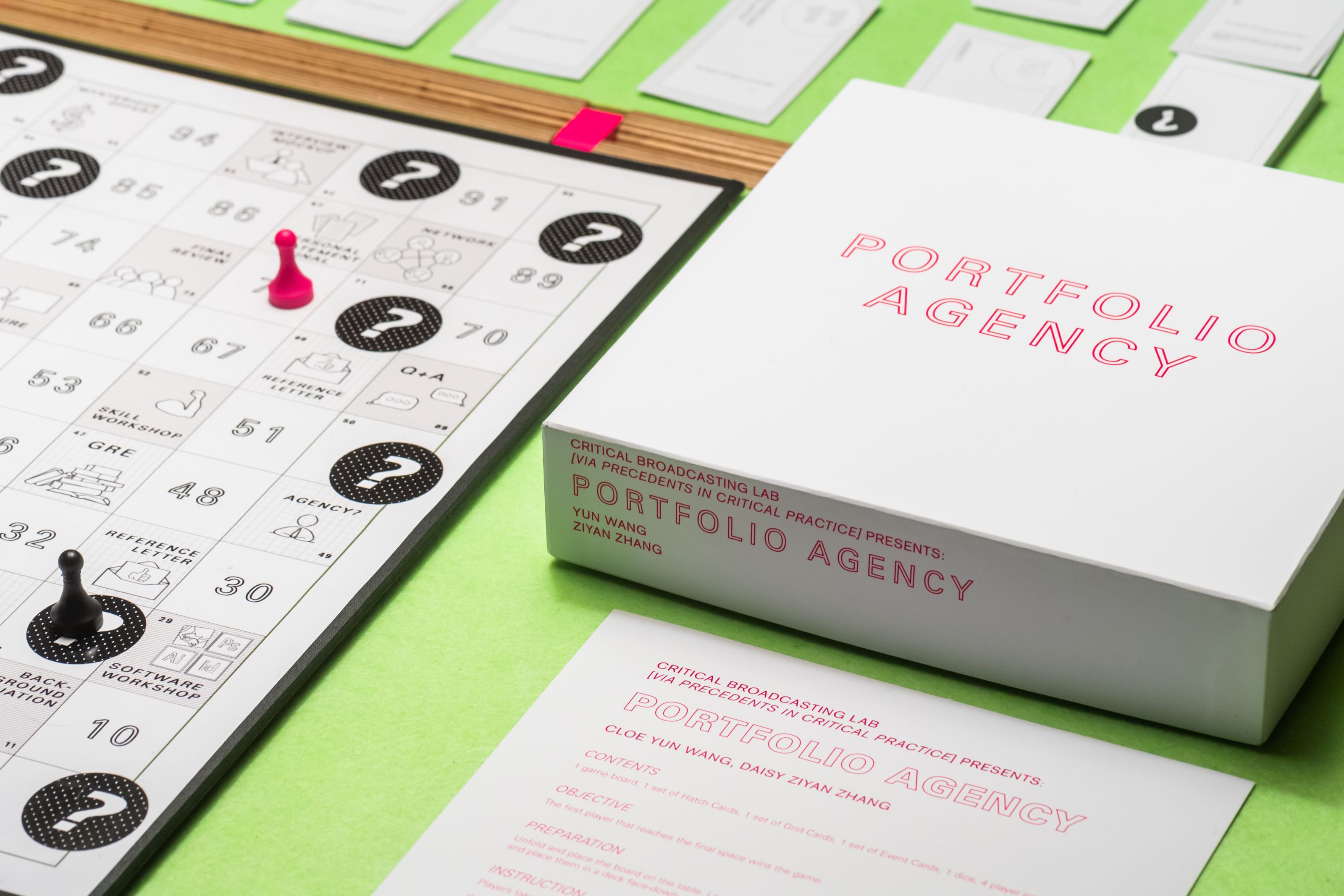 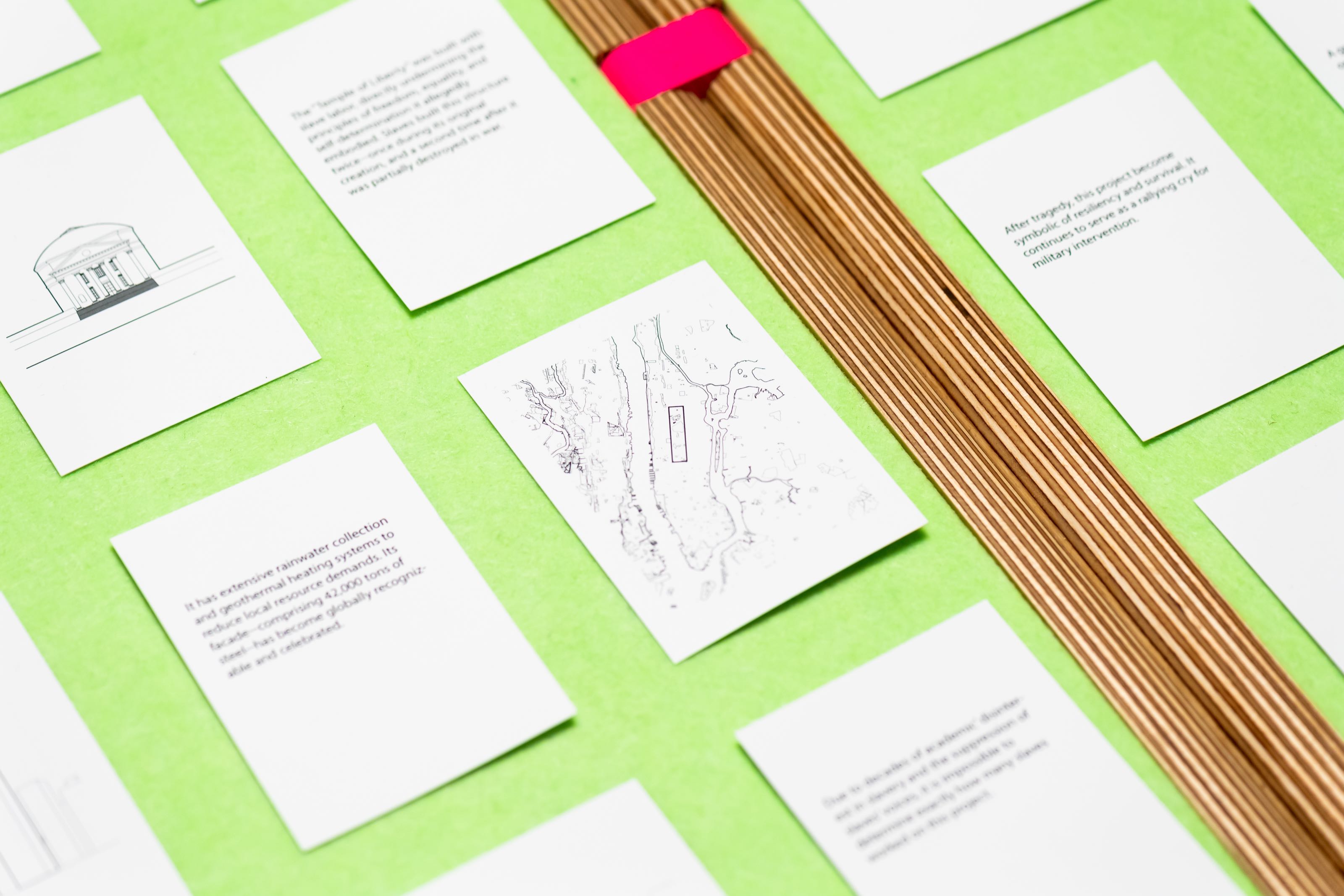 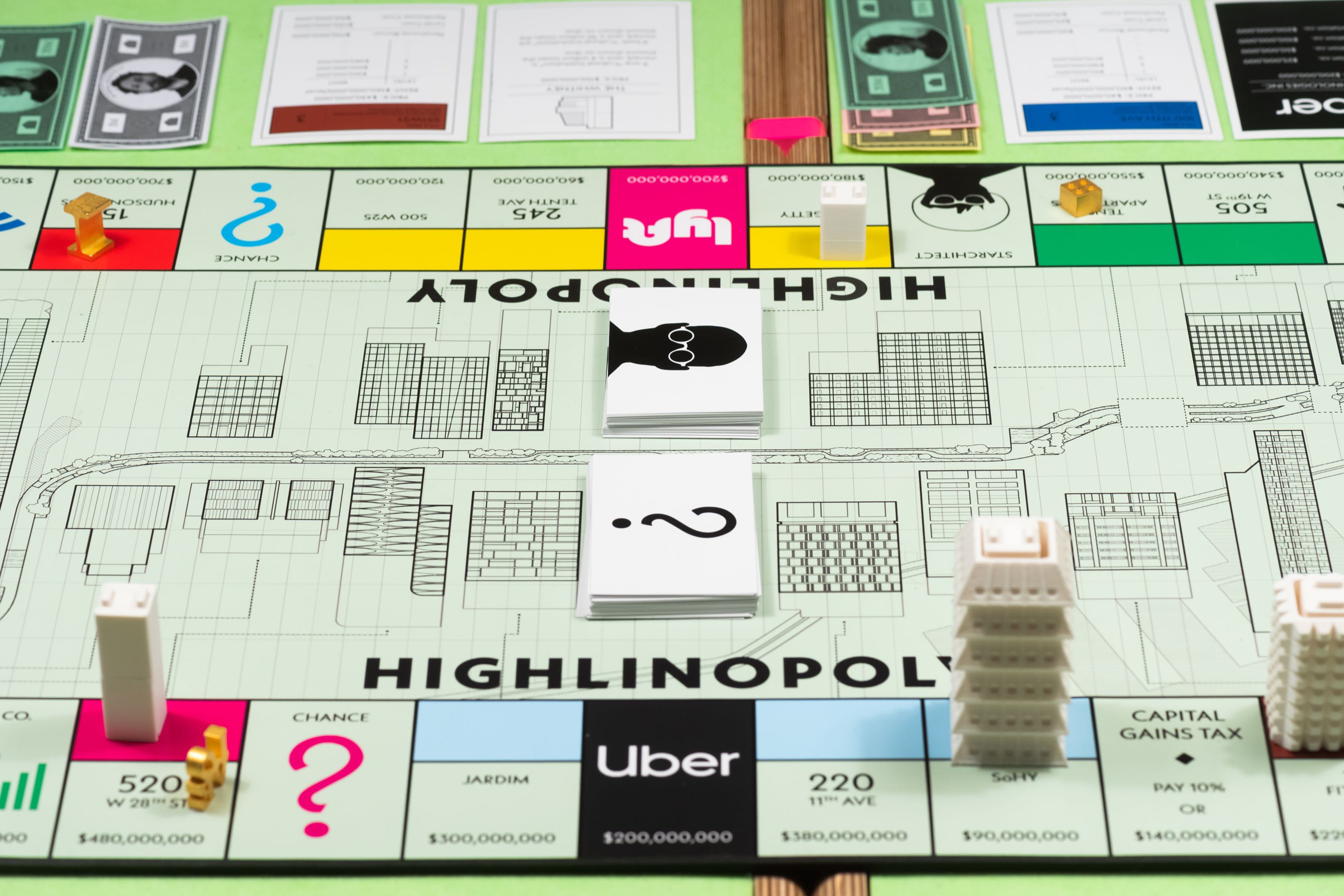 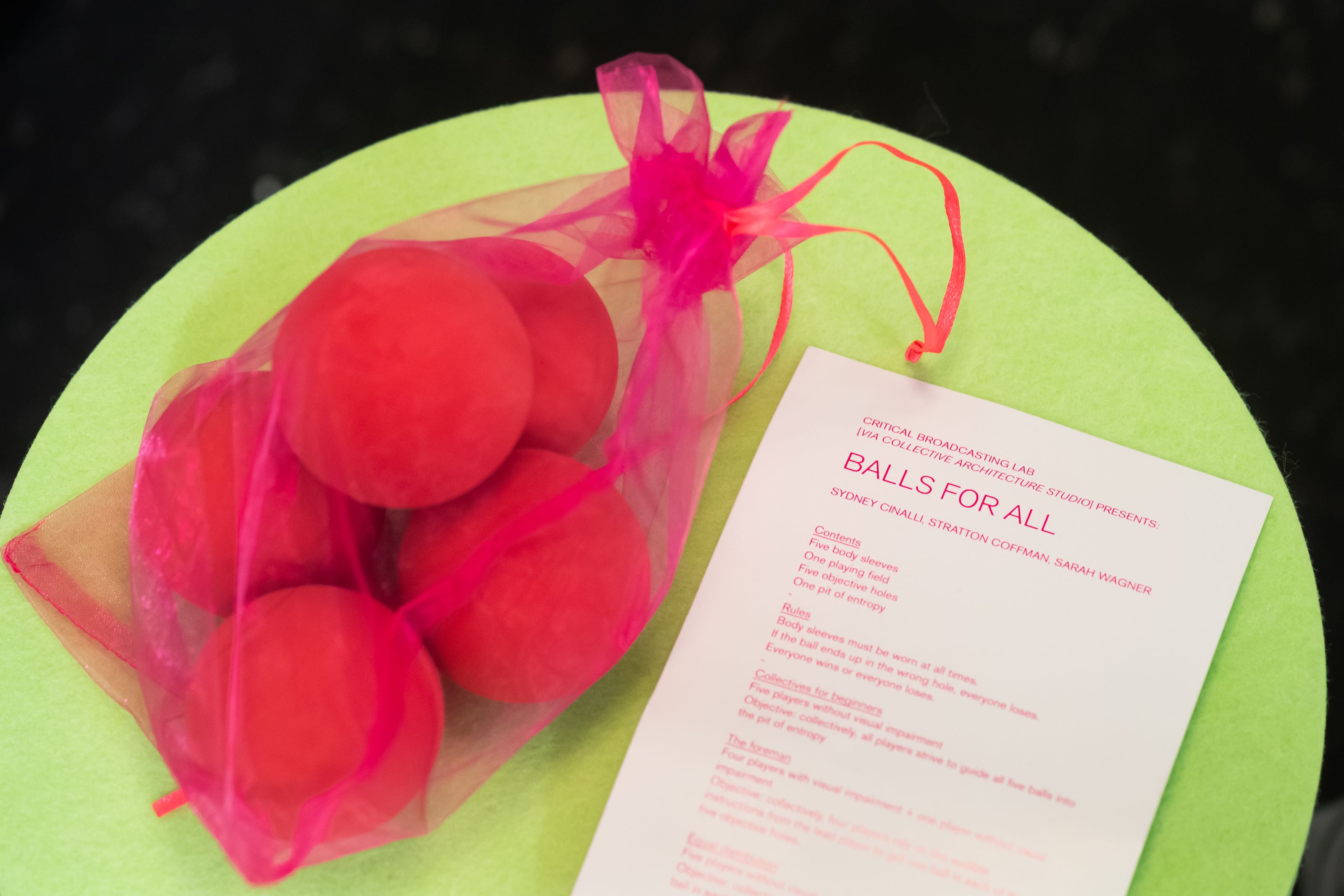 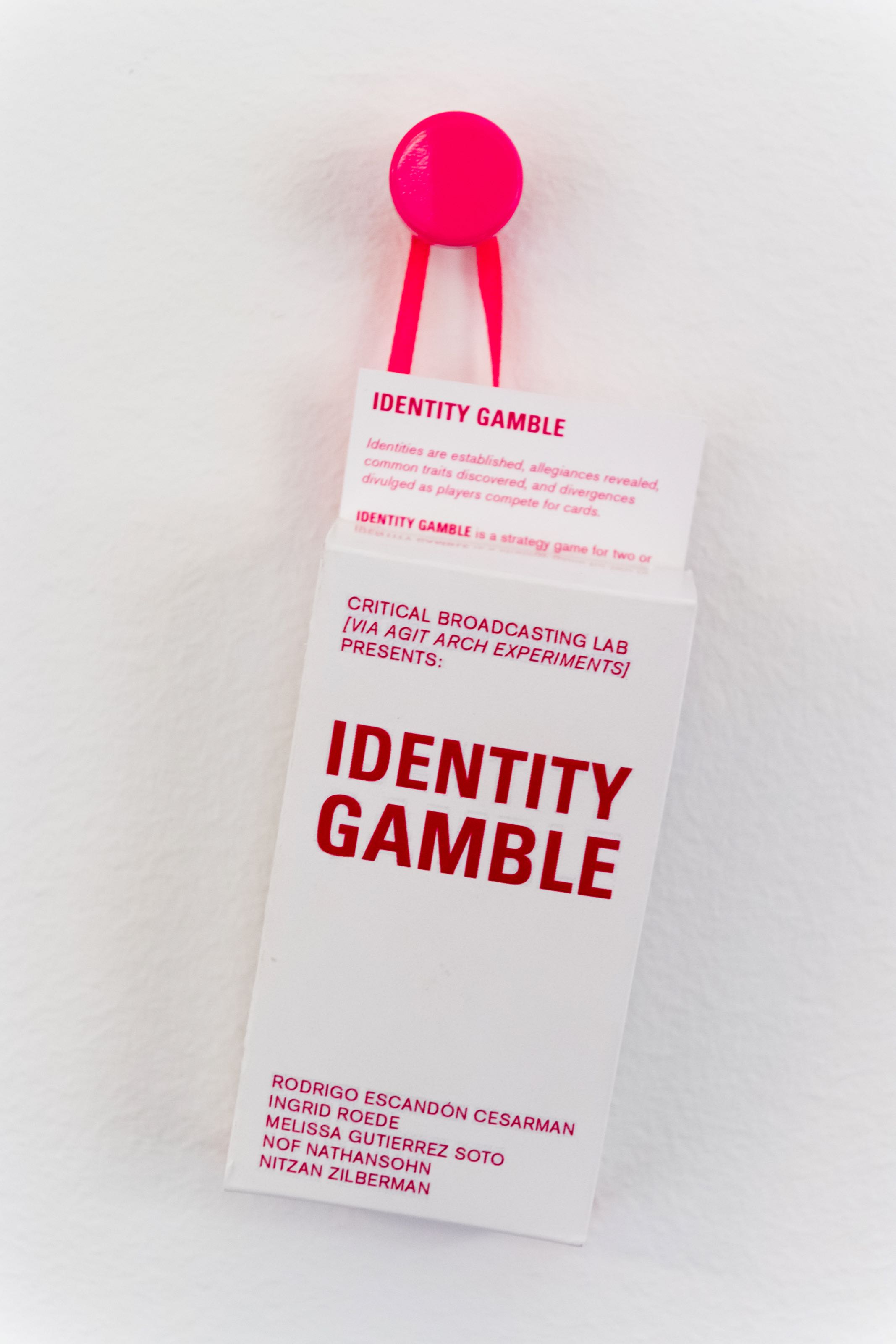 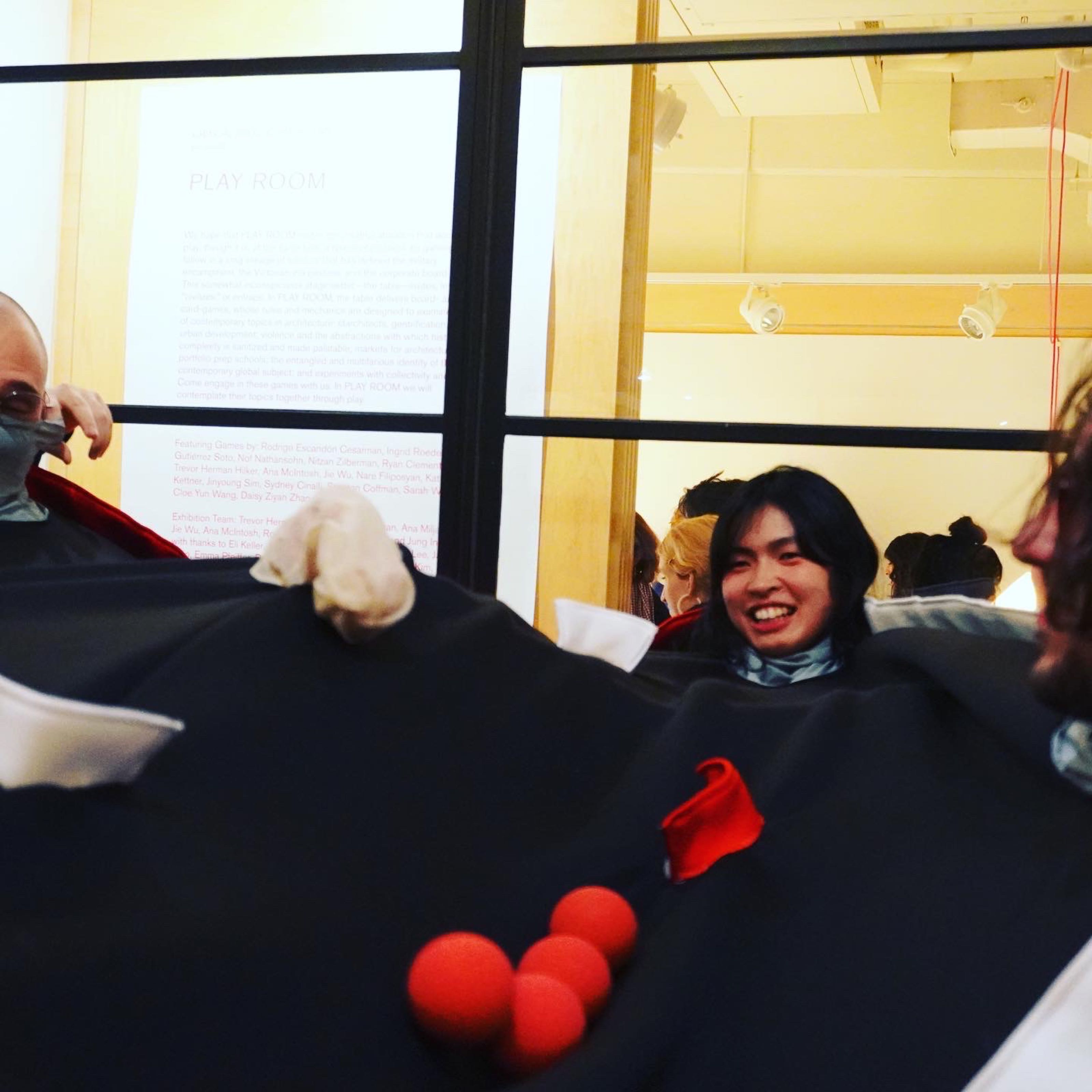 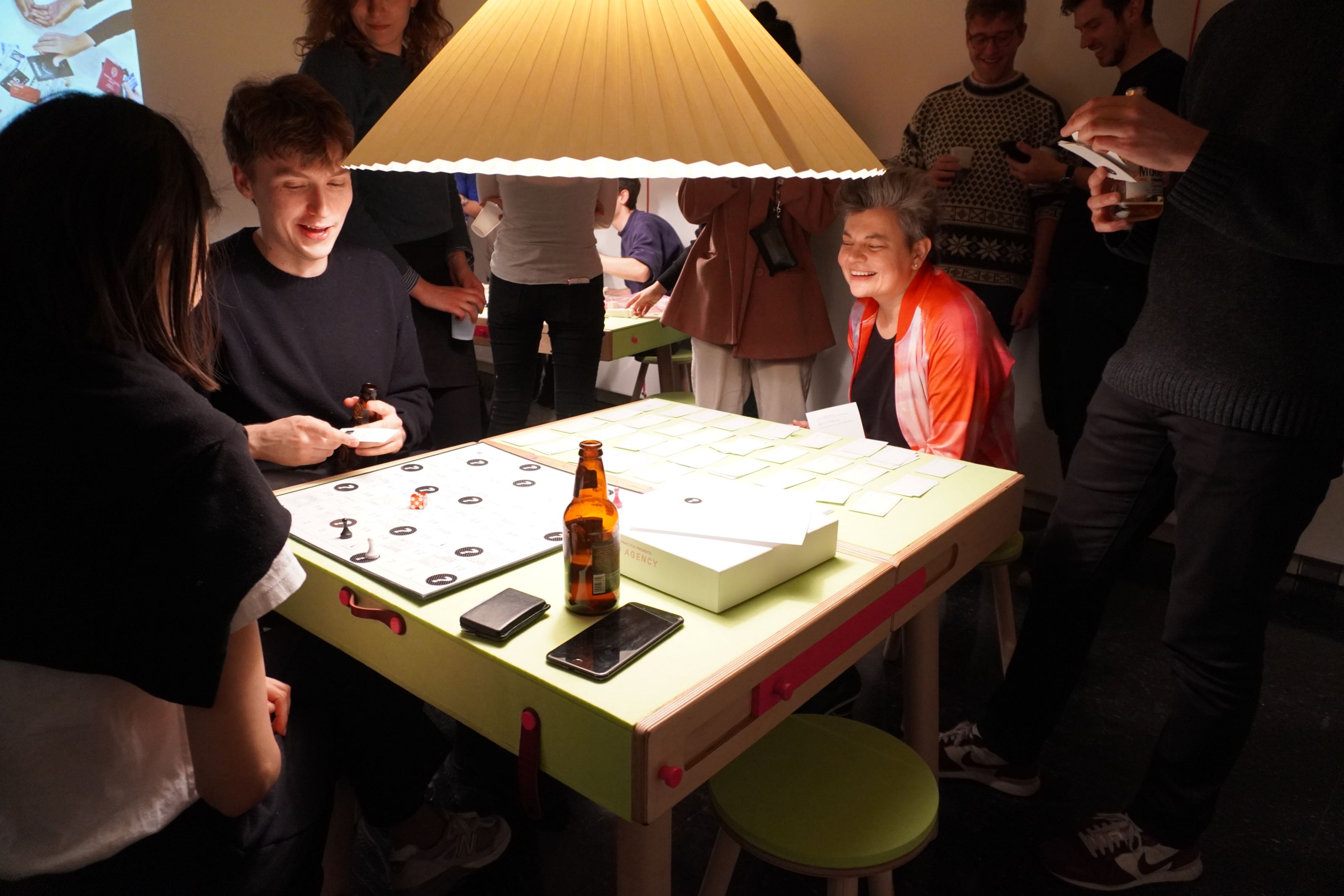 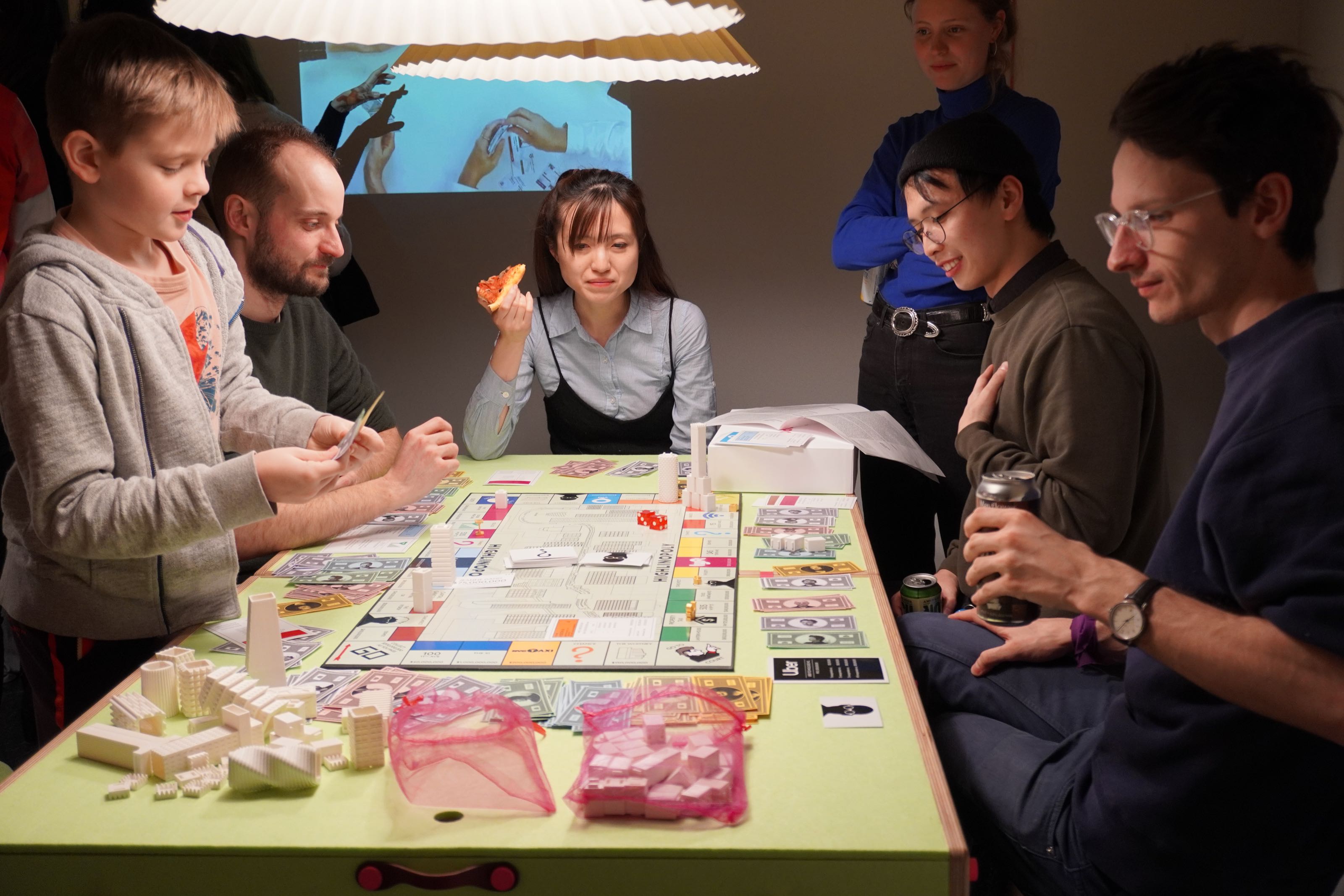 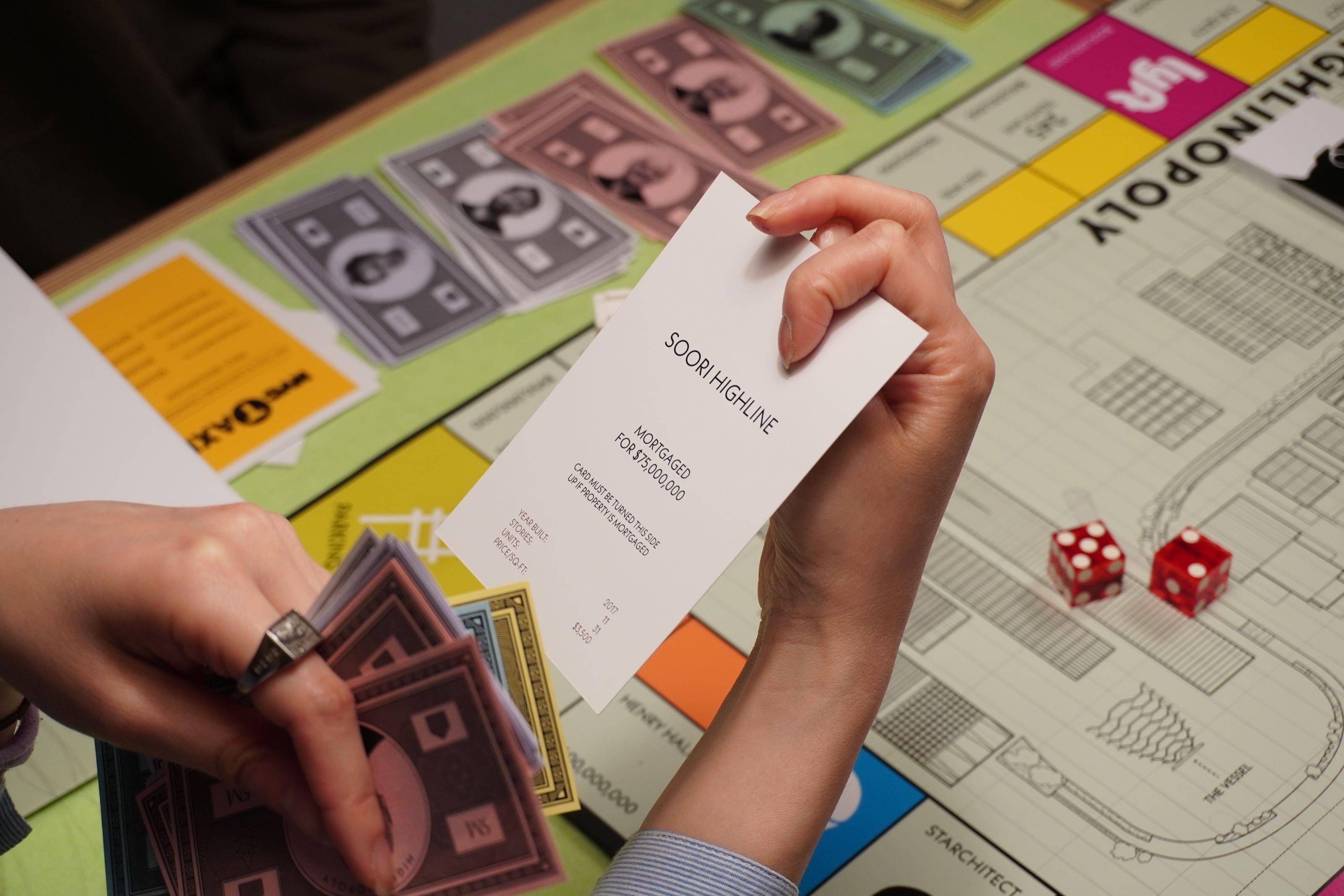 We hope that PLAY ROOM invites the youthful abandon that accompanies play, though it is, at the same time, a space of protocol. Its gaming tables follow in a long lineage of furniture that has defined the military encampment, the Victorian-era pastime, and the corporate board room. This somewhat inconspicuous stage-setter—the table—invites, levels, “civilizes”, or entraps. In PLAY ROOM, the table delivers board- and card-games, whose rules and mechanics are designed to examine a series of contemporary topics in architecture: starchitects, gentrification, and urban development; violence and the abstractions with which historical complexity is sanitized and made palatable; markets for architecture portfolio prep schools; the entangled and multifarious identity of the contemporary global subject; and experiments with collectivity and control. Come engage in these games with us. In PLAY ROOM we will contemplate their topics together through play.